Watch out, Gaia’s about…

At 88, James Lovelock is for many people the Grandfather of the modern ecology movement. He today is admired and despised by people in the general ‘green’ movement in about equal measure.

Apart from a highly successful career as a scientist, he is most famous as the man who developed the Gaia Hypothesis. Briefly, this proposes that all elements on earth, living and inorganic, are part of a complex single organism whose unifying aim is to keep conditions on the planet optimal to support life.

It’s not at all as daft as it at first sounds, and there is plenty of circumstantial evidence to support it. For instance, since life took hold, the intensity of solar energy reaching the earth has increased by around 30%, yet globally, surface temperatures have remained remarkably constant.

Also, it’s a mystery as to why ocean salinity has remained at a virtually constant 3.4% for millennia, despite ample physical evidence to suggest this shouldn’t be the case.
The Gaia Hypothesis offers a compelling – if controversial – set of explanations as to how our Goldilocks Planet (“not too hot, not too cold”) has overall remained so amazingly stable and benign to life, despite repeated destabilisations, from massive volcanic explosions to asteroid impacts, and in and out of Ice Ages.In his book, Revenge of Gaia, Lovelock concludes that the earth, having been bruised and battered by human activity, is about to get even – in the overall interest of planetary well being – and we are the species Gaia has in its sights.Lovelock now argues that by 2040, human population will be in freefall. Unlike the great bulk of commentators and the majority of climate scientists, Lovelock also believes it’s too late to fix the damage, and he sees current efforts by governments to address the problem as much too little, far too late.

“Everyone could burn coal all day and drive around in 4x4s and it would not make a scrap of difference”, is his gloomy prognostication. Now you can begin to see why so many in the green movement despise what they see as his fatalism that may actually be blocking efforts to get any serious handle on the crisis. Or, on the other hand, maybe he’s just being honest?

His view is that it’s hubris to imagine we can at this late hour cheat the hangman and somehow dodge the inevitable consequences of mankind’s collective actions. Lovelock points out that the earth has undergone equally violent ‘corrections’ in the past.

“It was last as hot as this 55 million years ago. There was a geological accident in the North Sea, near where Norway is. A volcanic layer of lava came up underneath one of the large petroleum deposits. It vaporised the whole lot, putting into the atmosphere about two million, million tons of crude oil.

“We will have put that much into the atmosphere within the next 20 years or so”, he adds. “We know what happened last time, we know how long it lasted. It hung around for about 200,000 years.”

He believes Britain and Ireland, by dint of their geography, are actually pretty good places to be in the decades ahead. The possible collapse of the Gulf Stream which currently keeps us pleasantly temperate will mean that we should benefit from cooler waters off our western shores, helping to provide a form of ‘water cooling’ to offset the general rise in temperatures.

The flip-side of our relative good fortune is that a lot of less fortunate people from mainland Europe and beyond are likely to be desperately clambering to climb aboard our island ‘lifeboats’.

“By 2040, China will be uninhabitable”, argues Lovelock. He believes the Chinese, because of their high levels of industrial activity, will be the first to suffer, with total collapse of their local ecology in the short term. 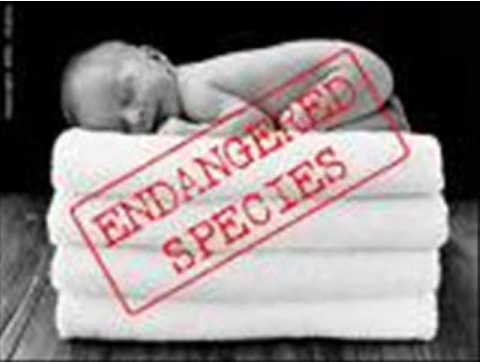 “I think the Chinese will go to Africa. They are already there, preparing a new continent – the Chinese industrialists who claim to be out there mining minerals are just there on a pretext of preparing for the big move.

“This is not science fiction. Mr Putin will colonise Siberia. Those who will have a very rough time are those in the indian subcontinent. You don’t need much of a sea level rise to wipe Bangladesh off the face of the Earth”. Americans, he believes, will flood in their tens of millions into Canada.

While Lovelock’s scenarios sound extreme, the science he bases them on is entirely mainstream. “If you take the IPCC predictions, then by 2040 every summer in Europe will be as hot as it was in 2003 – between 110F and 120F. It is not the death of people that is the main problem, it is the fact that the plants can’t grow. There will be almost no food grown in Europe”.

Globally, the zone inside the Tropics of Cancer and Capricorn is likely to be largely uninhabitable, creating a vast sea of forced climate migrants moving either south or north to escape the rising temperatures.

Lovelock sees efforts such as developing renewable energy sources, and switching to low-energy lightbulbs as “daft”; they may make us feel good in the short term, but they won’t contribute a whit to our longer term survival as a species, in his view – a view, I should add, that is heresy to the mainstream ecology movement; you can see why.

Lovelock’s view is that the carrying capacity of the planet is a maximum of around 1 billion humans, living modestly and leaving large tracts of the earth entirely uninhabited, to allow nature or Gaia to heal the wounds and restore balance.

Problem is: what happens to the other 6 billion of us? Lovelock is sanguine: “We are about to take an evolutionary step and my hope is that the species will emerge stronger. It would be hubris to think humans as they now are God’s chosen race.”

2 Responses to Watch out, Gaia’s about…