Getting some real wind in our sails

You only have to look at a map of Ireland’s rugged western seaboard to get some idea of the power of wave and wind in shaping our coastline. In Connemara the sparse tree cover leans away from the sea at unlikely angles, such is the power of the prevailing winds that batter the coast. 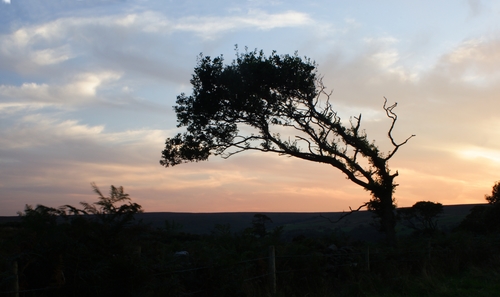 The natural power involved is truly massive and now, for the first time, it appears that we are going to get serious about harvesting this power. Energy Minister Eamon Ryan has announced a change to the renewable energy feed-in tariff scheme (REFIT), to support the development of offshore wind-power projects at a price of €140 per megawatt hour of power produced.

Ryan’s announcement late last week was quickly followed by firm pledges from the wind industry to invest over €4 billion in the area over the next five years.

The subsidies include €220 per MWh for tidal and wave energy; €120 for energy from biomass (wood and anaerobic) and €140 for off-shore wind energy. The prices are guaranteed for 15 years, thus allowing firms to make long-term investment plans with confidence. Ryan added that the changes could make carbon savings worth €170 million a year.

Airtricity’s Torben Anderson was quoted as saying that five companies in the National Offshore Wind Association had plans for 2,160 MW of offshore wind generated power, in existing lease areas in Irish waters.

This policy shift will now “unlock the potential of offshore wind energy in Ireland and capacity would be now brought forward immediately, with wind farms initiated in 2008 becoming operational around 2012”, according to Airtricity.

By our estimate, Ireland’s current electricity requirement is 2,700 MW, so these offshore wind announcements to date could alone displace the bulk of current electricity production. Right now, stations such as Tarbet in Kerry (fuel oil), North Wall (gas), Marina in Cork and Moneypoint in Clare (coal) are all burning fossil fuels, mostly imported.

Other ESB stations are ripping up our remaining peat bogs and burning peat, including, crazily, newly commissioned stations such as the 100MW station at Lough Ree, which only opened in 2004.

Destroying our peat bogs is a short term energy ‘fix’ with grave consequences both for the rich flaura and fauna of the boglands and as a serious contributor to Ireland’s greenhouse gas emissions. Degraded bog lands spew out methane and other greenhouse gases trapped for centuries in their vegetation.

The only safe long term use for our bogland is to fence it off and ban all further ‘exploitation’. With the heaving North Atlantic and the prevailing winds just off hundreds of miles of our shoreline, there really is a golden opportunity for Ireland to achieve, in a very short time, independence in electricity production.

This won’t solve our massive dependence on fossil fuels for transportation, but the next logical step would be to electrify the entire national rail system.

3 Responses to Getting some real wind in our sails