From pipsqueaks to bullies: farm leadership, 50 years on 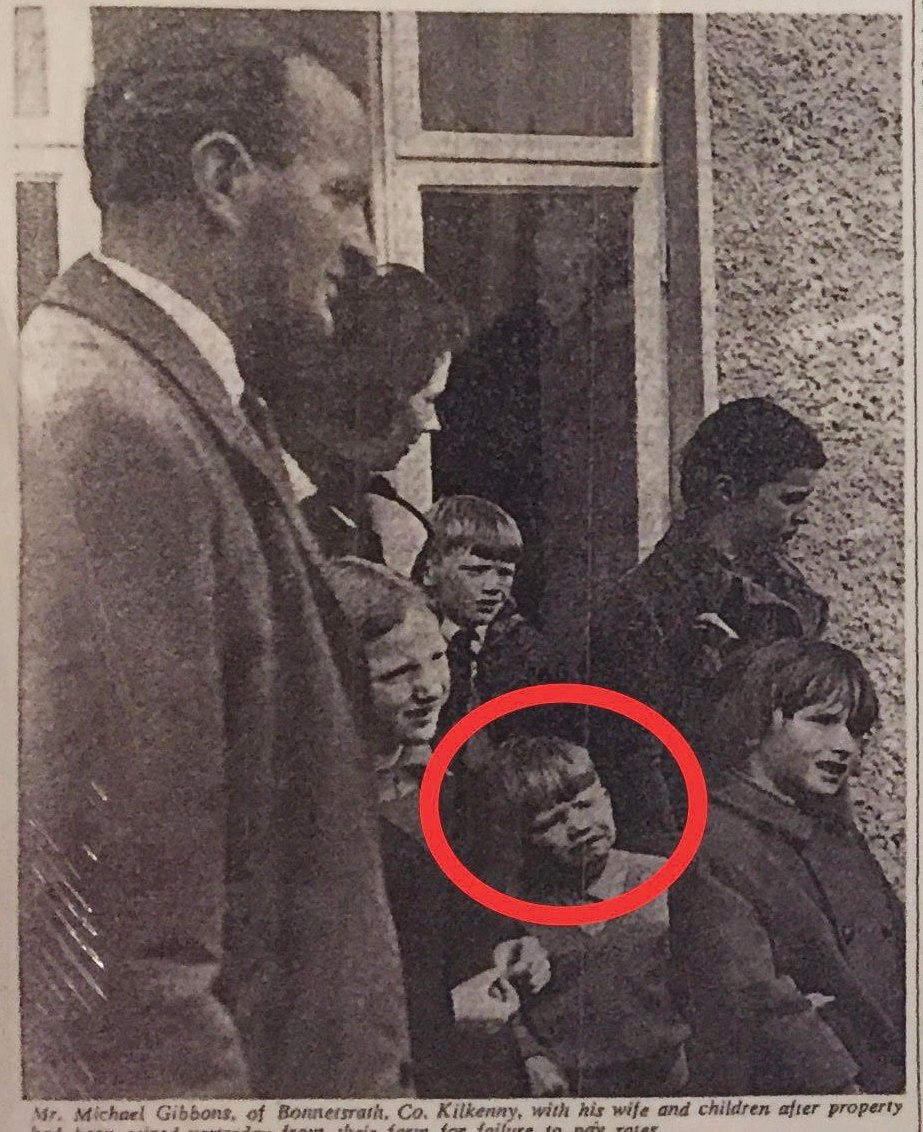 Long ago, in a galaxy far, far away, Ireland’s National Farmers’ Association (NFA) was a political pariah, with then Taoiseach, Fianna Fail’s Jack Lynch threatening to have the organisation proscribed, a move that would have placed every farmer in the NFA on the same legal footing as an IRA member.

This was almost exactly 50 years ago, in April 1967, when tempers flared and relations between the NFA – forerunner to today’s politically powerful IFA – and the state hit an all-time low. Just before dawn on April 24th, 1967, a series of co-ordinated Garda raids, led by Special Branch detectives and backed up by armed soldiers, descended in darkness on the homes of selected farm leaders.

Later that evening, Jack Lynch was to solemnly address the nation on television and warn that if the NFA’s campaign of refusing to pay agricultural rates was not stood down, the consequences would be dire: “The restraint that the Government have shown up to now proves to any fair-minded person that the Government have no desire to see the dissolution or the disintegration of the NFA, but if it is a choice between that and the maintenance of our basic political institutions and the rule of law, the decision is clear”, he intoned.

This was serious stuff. “By their speeches and actions, the NFA leaders have shown they are prepared to challenge the basic political institutions of this country. Questions of agricultural policy have become secondary”, said Lynch.

Coming to the nub of the matter, he asked rhetorically if: “the right to decide major questions of agricultural policy is to be transferred from the elected representatives of the people and given over to the leaders of the NFA. For that, let there be no mistake, is what it has now come to”.

The events of April 1967 had been brewing for over a year. The previous October, thousands of farmers marched from every corner of Ireland and converged on Dublin in an effort to meet with Agriculture Minister, one Charles J. Haughey. The minister was unimpressed, famously describing the NFA as “pipsqueaks” so the main group dispersed but a selected delegation of nine men chose to sit and protest on the steps of the Department of Agriculture.

Gardai lifted them from the steps onto the street, and there they remained, for 21 days and nights, into a chilly early November. During this period, Haughey left Agriculture, and was replaced by Neil Blaney. The deadlock was eventually broken and the nine men entered the Department of Agriculture to finally meet the new minister.

The farmers’ Winter of Discontent continued, eventually boiling over with the Garda raids in April 24th, 1967, during which 19 farmers were arrested and imprisoned for refusing to pay fines arising from an illegal road blockade. That morning, three farms in county Kilkenny, all owned by prominent NFA men, were targeted for simultaneous raids, including my father, the late Michael Gibbons, who had been one of the nine NFA men involved in the extended sit-down street protest (later nicknamed the Nine Frozen Arses).

When my father refused to pay his rates bill, anything that could be physically lifted was seized by Gardai from the house and yard, including a radio set, clothes dryer, horse box, lawn mower and tractor. I was three and a half at the time, but remember that morning vividly. Looking out my bedroom window at first light and seeing our front lawn and driveway swarming with what to me looked like hundreds of men in uniforms (I believe the actual number was closer to 40-50) was a sight I would never forget.

Ultimately, compromises were hammered out. We eventually got our property back and life returned to normal. In a quirk of history, my father’s only brother, Jim Gibbons was, at this time, a junior minister appointed by Lynch. He would go on to serve as defence minister and end up testifying against Haughey in the bitter Arms Trial in May 1970. He would also have the distinction of being the Agriculture minister who oversaw Ireland’s accession to the EEC in June, 1973.

Over the decades since this tumultuous period, as political fortunes and reputations ebbed and flowed, the one clear winner was the NFA/IFA. Instead of being proscribed, it used its own political and negotiating savvy to oversee real improvements in the lot of ordinary farmers. It is no exaggeration to say that prior to the EEC and the Common Agriculture Policy, many Irish farm families lived on or below the poverty line.

This background of real struggle against both hardship and political exclusion forged the mettle of what would become the most formidable lobbying organisation this country has ever produced. Like many other organisations, continuous success in its own curious way would prove to be highly corrosive over time, leading to arrogance, intolerance of other positions and overconfidence in abundance.

Sure enough, this hubris led, inevitably, to nemesis when the IFA was rocked to its foundations in 2015 with the revelations that its then general secretary, Pat Smith had received pay and perks worth some €1 million for 2013 and 2014. For good measure, his golden parachute on exiting his post was valued at a cool €2 million. To put these numbers into context, the typical IFA farm family gets by with an on-farm income of around €24,000 a year.

Every bit as jaw-dropping for ordinary farmers to comprehend was how the then IFA president, Eddie Downey was receiving the guts of €200,000, or some eight times the average farmer’s income, for what is a demanding but essentially part-time job. The Downey and Smith revelations were not isolated.

Predecessors in both posts had also been drawing stupendous levels of compensation, and despite their howls of innocence, the nod-and-wink network within this most political of organisations meant a wide circle of people knew exactly what was going on, but chose to say nothing, hoping perhaps for their turn to clamber aboard the IFA gravy train at some point.

I often wonder what men of my father’s generation would have said to Eddie Downey or Pat Smith about where they had led the association whose very existence had been so hard-fought for. The conversation would have been, let’s just say, animated and, were there a hurley to hand, somebody might well have been on the receiving end of a solid clatter.

Despite these recent setbacks, all the signs are that the IFA has learned precious little from the whole humiliating experience. Having once been dismissed as pipsqueaks, the modern IFA conducts much of its business with a similar level of thinly veiled disdain for those who it sees as standing in its way. Its insisting on bulldozing Heather Humphreys’ ill-considered and Orwellian ‘Heritage Bill’ through seems as much about flexing its negotiating muscles as helping actual farmers.

Another recent meltdown saw the IFA’s environment & rural affairs committee chairman, Thomas Cooney launch the PR version of a nuclear attack, this time aimed at the entire eco-NGO sector. Apparently, someone, somewhere, tweeted a link to a European Parliament report on the carbon (in)efficiency of Irish agriculture. So, rather than address the key points raised in the report, Cooney went off on a rant about NGOs trying to “undermine the agri food sector”.

Of far more consequence than piddling scuffles like this is the IFA being in compete denial about the greatest threat facing every farmer in the country – greater even than Brexit or CAP reform – and that is climate change.

It is often said that every general ends up fighting the last war. A new generation of farmers are soon enough going to be asking themselves why their leadership left them so utterly unprepared for the reality of a rapidly destabilising climate, including unprecedented droughts and so-called once-in-a-century floods every few years. Why they gave a ready ear to cranks and crackpots in denial of basic science, while congratulating themselves at ‘sticking it to those greens’.

Stacked against the monumental challenges that now loom for Irish agriculture, even the struggles of the 1960s seem manageable by comparison. Whether a new generation of farm leaders with the wit and wisdom to listen to the science and square up to inconvenient truths and those who peddle them remains very much in question.

*This article was first published in the May 2017 edition of Village Magazine.