Thought for the day!

An image snapped on a wall earlier today in Dun Laoghaire… First posting shot on and uploaded direct from my iPhone! Well, television ain’t all bad. Take last night’s Prime Time Special on the murky world of Declan Ganley, lately of Libertas, but a man of many parts. Katie Hannon’s report was public service journalism of the highest order. Since Mr Ganley and his shadowy organisation have been so circumspect about putting information into the public domain as to their sources of funding, it’s about time someone set about filling in a lot of the missing details.

Ganley will doubtless feel it’s all a campaign by nameless Brussels types out to blacken him and his organisation, in fact given the level of influence Ganley has exerted on both Irish and EU politics, we have every good reason to want to have a forensic analysis of the man, his money and his mission.

Well done to all in Primetime (and yes, this makes up for having Phelim McAleer rabbiting on the other night). 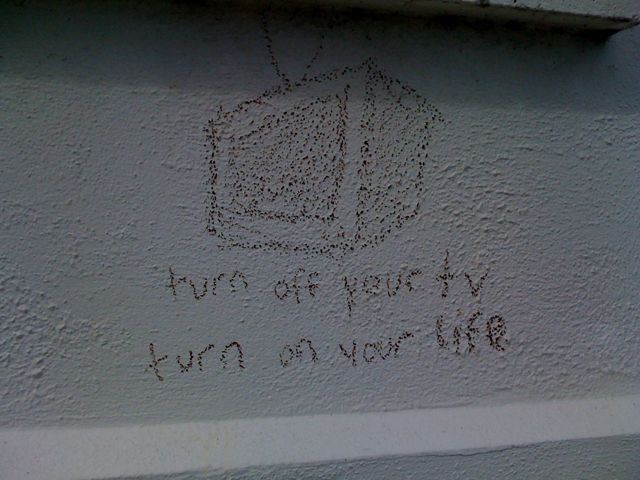 3 Responses to Thought for the day!