Corporations get in on the Green act

‘Over the last 150 years the corporation has risen from relative obscurity to become the world’s dominant economic institution. Today corporations govern our lives. They determine what we eat, what we watch, what we wear, where we work and what we do’. That’s how author Joel Bakan opens his famous 2004 book, ‘The Corporation’.

Bakan’s book paints a singularly unflattering portrait of the average corporation – grandiose, manipulative, deceitful and ruthless in pursuit of its objectives – to make as much money and exert as much power as possible. Along the way, corporations can and do break the law, trample over human rights, plunder natural resources, and pretty much anything else they can get away with to make a buck, argues Bakan.

The world’s largest corporations are now larger than the economies of all but the biggest and wealthiest countries. Because they operate globally, they are immensely powerful players on the world’s economic, political and indeed environmental stage. 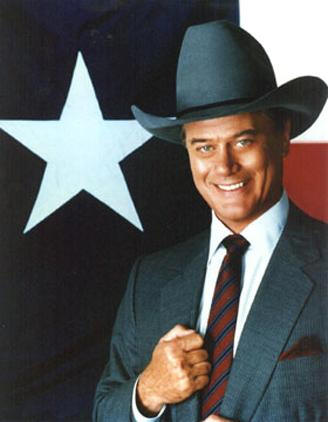 Oil companies, as every good environmentalist knows, are all evil, wreaking destruction, propping up dictators and generally being pretty nasty pieces of work in pursuit of black gold. Just think of JR Ewing, and you get the picture. Climate scientist Jared Diamond, in his book ‘Collapse’, has a more nuanced view. He cites two oil companies, both operating in New Guinea, as examples of the “opposite ends of the spectrum of harmful versus beneficial environmental impacts”.

The multinational Chevron is praised by Diamond for its careful stewardship of the lands where it drilled for oil, as well as its direct engagement with agencies such as the World Wildlife Fund (WWF). It’s not that the folks at Chevron are the Bobby Ewings of the oil industry, no it’s just good business decision-making that has led them to conclude that sound and rigorously enforced environmental regulations cost relatively little.

On the contrary, they contribute to saving the company from massive environmental disasters such as the sinking of the Exxon Valdez or the Union Carbide factory at Bhopal that blew up, and ultimately destroyed the company. In New Guinea, Chevron’s careful approach has also meant good relationships with the local population, another factor that hugely benefits their bottom line.

Their action might best be described as enlightened self-interest. By being able to see beyond the end of its corporate nose, Chevron is ultimately delivering more dollars to its owners, the shareholders. To paraphrase Winston Churchill, corporations will do the right thing when all other options have been exhausted.

And that’s exactly what appears to be happening. Another big oil company, Shell, has come right out and said it: carbon is going to have to triple in price, moving it towards $100 per ton of CO2, before industry will invest in the thousands of carbon capture-and-storage (CCS) schemes needed for reducing greenhouse gas emissions.

Shell’s VP of business environment at the company, Jeremy Bentham also called on the EU to speed up regulatory change and take vital decisions “within five years” that would shape the pattern of energy supply and global warming in coming decades. This is, in essence a corporation urging more, not less, regulation! What exactly is going on here, and what do they know that’s caused this amazing volte face?

Whether we like it or not, the world is driven by the rules of economics, and the entirely successful application of these rules is what has brought the world to the brink of calamity. Many in the business world are well aware of the growing crisis (corporations may be greedy, that doesn’t make them stupid).

They realise too that the price of carbon – the amount companies must pay for permits to emit CO2 – needs to go up and stay up to allow long-term investment in the technologies necessary to cut CO2 output. Carbon capture is one of the possible answers, but it needs to be introduced on a massive global scale, in conjunction with renewables, biomass, and other forms of ‘clean’ energy, including nuclear.

The technology needed in carbon sequestration – whereby CO2 is pumped into storage spaces such as old North Sea oil fields – was already there, said Bentham. What was needed was the right regulatory framework and pricing structure with carbon pricing at “above $50 and below $100 per ton,” he added. Asked whether it should be closer to $100, the Shell he said: “probably”.

Shell argues unless decisions are made within the next five years, the energy sector will be left to “scramble” with a whole range of technologies jostling with each other – leading to price spikes and uncertainty. EU action could set a precedent for the rest of the world, and this would allow more orderly progress as oil gradually runs out and other forms of fuel take over.

Shell of course denies that the scenarios it outlined, with a large and continuing role for fossil fuels, were influenced by the needs of a corporation with major investments in heavily polluting power sources.

While Shell was setting out its stall in London yesterday, some of the other corporate heavy hitters were gathered in Tokyo on a similar theme. Sony, Nokia, Nike. and HP issued an urgent call for firms around the world to reduce the damage they inflict on the planet and to promote a “low-carbon lifestyle”. Seriously.

The companies modestly describe themselves as “Climate Savers”. They did not announce any actual new goals for reducing their own CO2 emissions. Nor did Sony commit to selling fewer Playstations, or Nokia urge people to stop buying a new mobile phone every six month. Come to think of it, there was no mention from HP that the computer you’re using right now is just fine and you’d really, really help the planet if you chose not buy their latest model. Hmmm.

Eslewhere yesterday, a new report from the McKinsey Global Institute found that squeezing more productivity out of the energy that industries, homes and vehicles burn is the most economical way to quickly tackle rising energy demand and control output of greenhouse gases. “The vast majority of global executives say fixing global warming problems can boost profits,” said the report. “But few are acting on the opportunities.”

Love them or loathe them, corporations act out of ruthless self-interest. While some initiatives such as Corporate Social Responsibility (CSR) can be dismissed as mere fig leaves, it’s clear from monitoring the current response on the part of corporations to climate change that many have twigged that this isn’t an issue that can be bought, bullied or sweet-talked away and that yes, this can and will hit the bottom line – big time.

We look forward to the chiefs of Sony, HP, Nokia, etc. giving up their generous (growth-driven) share option schemes as the first real sign that climate change has moved from a photo opportunity to being framed as the defining issue of this century.

2 Responses to Corporations get in on the Green act