In the frame for Lisbon

Am usually happiest to operate from the safety and relative anonymity of this side of the keyboards, but decided to face the music, so to speak, and contribute to a press briefing held in the dramatic setting of the upper deck of Trinity Point, a brand new low-energy building opposite TCD in Nassau Street. 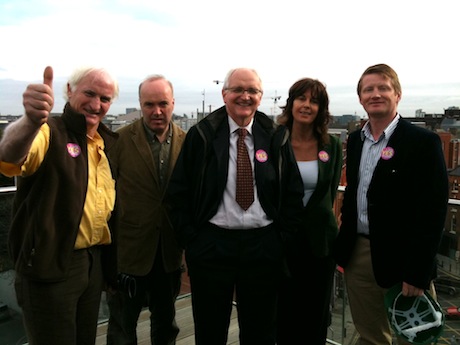 An odd experience, all told, for someone quite used to being on the other side of the microphones. A planned doubling of the plastic bag tax (from 22-44 cent) seemed to be uppermost on the minds of the substantial turnout of journalists for the event. Minister Gormley described Lisbon as a “no brainer” for anyone serious about climate change, a point picked up on by Duncan Stewart, who stressed the extraordinary urgency of this issue.

3 Responses to In the frame for Lisbon