Friends, countrymen, lend me your processors

Writing regularly about climate change and related issues is great – up to a point. However, the prospect of being able to chip something in to the actual science part might seem a little far-fetched for those of us such as this correspondent, whose science career careered to a halt after Leaving Cert Chemistry and Biology.

All is not lost, it turns out. I have in fact been running my very own climate modelling study – so far I’m 38 hours and 46 minutes into it, with only around another 1,541 hours left to run.

Well, to be fully honest, my office Mac is doing most of the heavy lifting. In fact, anyone with access to a computer and the Net can get involved. The experiment in question is called HADCM3, and the whole project is co-ordinated through a site called Climateprediction.net, which is described as the world’s largest experiment to try and produce more accurate climate forecasts for the 21st century.

In all, over 96,500 ‘active hosts’ (i.e. individual users, like your correspondent) are contributing computer time to crunch through trillions of calculations with the combined processing power of a massive mainframe computer.

The genius in this system is that the project is broken into bite sizes and parcelled out automatically to participants, who install the software on their own computers and let it simply quietly run in the background (if your machine is not too ancient, you shouldn’t even notice it’s there and it won’t interfere with anything else you may be doing).

In my case, in another 1,500 hours or so, when my modest project is complete, the data from it will be automatically uploaded to the Climateprediction.net servers, thus adding another small but significant piece in the gigantic mosaic now being assembled to give climate scientists highly accurate global climate models. 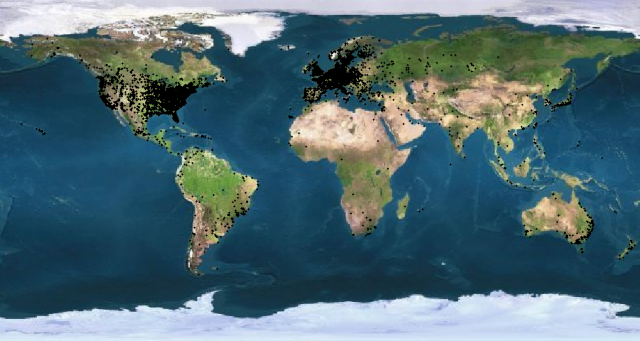 For the record, there are 273 fellow Climateprediction volunteers located here in Ireland. The US has over 32,000 hosts, followed by 12,125 in the UK, a similar number in Germany…all the way down to Cuba, Cameroon, Micronesia, Iraq, Azerbaijan, Belize and Antigua – each of whom has a single solitary contributor.

Getting involved in this experiment is easy, costs nothing and doesn’t make your computer behave in any way differently (when you shut it down in the evening, the experiment is simply suspended until the machine is next booted up).

But for those of us who love everything about science (except all that hard work and years beavering away in lab coats), it’s the perfect way to make a difference without breaking a sweat. Another way to think of it is as a form of ‘carbon offsetting’ for the energy your computer burns every time it runs.

For the record, globally, the IT industry accounts for 2% of all CO2 emissions – that’s similar to the entire aviation industry. Computers, printers, mobile phones, servers and related devices gobble electrical power, but even here, we can cut our footprint by switching them fully off, rather than into ‘sleep’ or standby when not in use.

Offices and other businesses the length and breadth of Ireland leave countless devices running 24/7, simply because nobody bothers to think of switching them completely off.

So if signing up for Climateprediction.net isn’t making you feel virtuous enough, there are some easy-to-reach additional eco brownie points waiting to be scored by just flipping the ‘off’ switches on all that IT gear at home and in the workplace.

2 Responses to Friends, countrymen, lend me your processors