A society of altruists, governed by psychopaths

Below, the article I filed for Village magazine’s first edition of 2019, which appeared in the middle of March. The Guardian’s George Monbiot has long been the gold standard for excellence in environment and climate reporting, analysis and campaigning.

Like many others, I’ve been an avid reader of his works for many years, but hadn’t had the opportunity to meet with him until his visit in March to Queen’s University, Belfast, in March. They say beware of meeting your heroes, as they usually disappoint. Happily, this was anything but the case.

Monbiot remained polite, engaged, cordial and good humoured throughout, even though clearly fatigued by the end of what turned out to be a long evening (he has also had to contend with serious ill health in recent months).

After delivering a cracking lecture, ‘Out Of The Wreckage – A New Politics For An Age Of Crisis’ to a packed and eager audience (you can watch it here in full) he then invited anyone interested to join him in a more informal conversation, with no chair and a round-robin format, and this continued for another 90 minutes or so.

I headed back for Dublin very late that night with renewed vigour, inspired both by Monbiot’s fighting words, but also his extraordinary grit and fortitude in the face of personal adversity.

GEORGE MONBIOT is one of the world’s most articulate and compelling voices arguing against environmental destruction, ecological overreach and the crimes of the very rich against the living planet and their fellow humans.

He recently visited Queen’s University, Belfast to speak at its ‘Imagine’ conference and we went along to hear him set out the state of the world as it is, as well as looking at how futures other than the dystopian neoliberal vision of ever greater inequality, xenophobia, extremism and ecological wreckage might be even contemplated.
While opening with an overview of the environmental and climate crises, Monbiot quickly pivoted to “the radical transformation of both land and sea by the food industry, and the full spectrum, ecological destruction it involves”. This is happening at breakneck speed.

This economic crisis is characterised by Monbiot as “the ever-accelerating spiral of patrimonial wealth accumulation. Those who are rich already are able to buy wealth, often in the form of property, and the greatest source of inequality is the ownership of property”. They then leverage this to acquire more wealth, and in doing so, “gradually shift an enterprise economy towards a rentier economy, where you become spectacularly rich by owning resources and other people have to use, such as land and housing”.

Indeed, anyone who has ever played the board game ‘Monopoly’ will quickly recognise that, once key assets fall into one player’s hands, all the others are pauperised, slowly at first, but every more quickly as the game progresses. As a recent Oxfam report pointed out, the world’s 26 richest billionaires now control as much assets as the 3.8 billion people who make up the poorest half of the global population.

In what amounts to a zero-sum game, the castles, yachts, priceless art collections and private jets of the global elite are financed directly by the growing poverty of billions. The great financial crisis of 2008 was created almost entirely by the corruption, greed and chicanery of a tiny elite of bankers, traders, investors and speculators, and brought the global economy to within a hair’s breadth of collapse.

During the Great Depression which followed the crash of 1929, the US government brought in the ‘New Deal’, a reining in of power of the banking classes in particular, and placing them under the umbrella of federal regulation. This in turn ushered in five decades in which the lot of most ordinary Americans improved dramatically. The wealthiest were still rich, but paid hefty taxes and so were unable to purchase politicians to do their bidding. 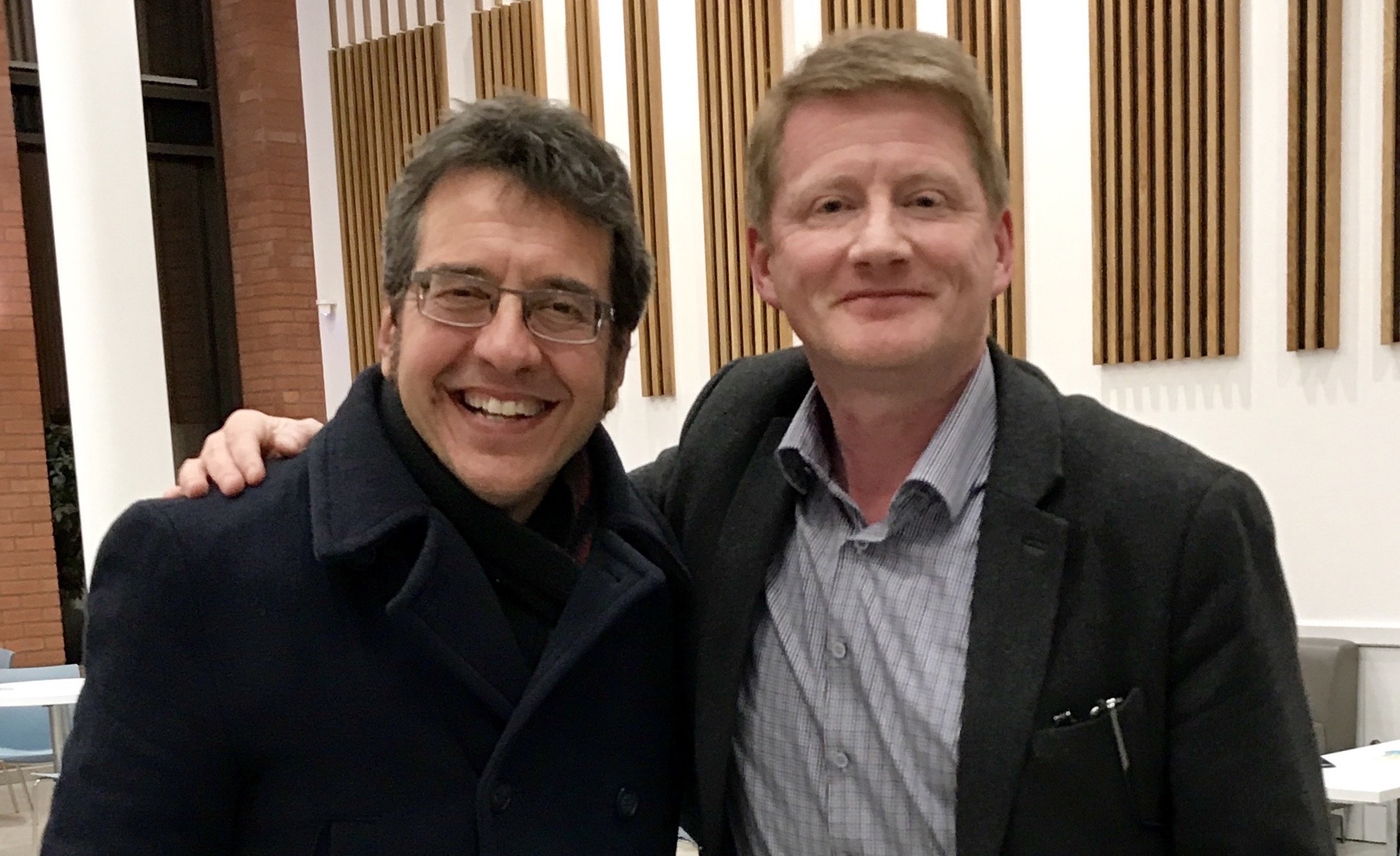 Contrast this with the response to the 2008 crisis. This time, the ordinary public in Ireland and around the world was saddled with the newly ‘nationalised’ private gambling debts of the rich. Since then, the number of billionaires globally has nearly doubled.

As Monbiot pointed out, this accelerating inequality, based on the domination of key assets, including natural wealth, by a tiny handful of billionaires, “can only be counteracted through government actions, through taxes designed to break the spiral of patrimonial wealth accumulation, to redistribute wealth, and to prevent anyone from becoming so economically powerful that they come to dominate our politics”.

Young US politician, Alexandria Ocasio-Cortez has attracted huge public interest recently for her proposal to tax the wealth of those earning more than $10 million a year at the rate of 70%. People who say there’s no point in this, “completely forget that one of the purposes of taxation is to change social outcomes, to prevent any one group from becoming so powerful that they become dominant”, Monbiot notes.

Failure of successive governments to rein in private wealth accumulation since the late 1970s (the era of Reagan and Thatcher) has allowed “extreme economic power to translate into political power”, and this in turn has helped fuel the political crisis that currently grips much of the world.

Public cynicism at the manifest corruption and corporate capture of the political process has, Monbiot argues powerfully, given rise to Trumpism in the US, Erdogan in Turkey, Orbán in Hungary, Duterte in the Philippines and more recently, Jair Bolsonaro in Brazil. “This demagoguery, or the support for it, is a direct response or reaction to the closure of political choice that preceded it for the last 30 years or so.”
The apparently senseless decision by the British public to vote in favour of Brexit was also a manifestation of this sense of politically powerlessness. “This was your first chance to aim a flying kicking the system, so in a sense, why wouldn’t you take it?”

All these outcomes are, he argues, the bitter fruit of neoliberalism, an ideology developed over a number of decades to deify selfishness and acquisitiveness while denying the powerful human traits of cooperation, empathy and even the notion of society itself.

The cult of neoliberalism “claims is that human beings are primarily selfish, greedy, and competitive…we harness those traits to create a hyper-competitive transactional society, where our main interactions are buying and selling, and this provides the ‘natural order’ of the dominant and the subordinate”.

As the French poet and essayist, Charles Baudelaire wrote: ‘The greatest trick the Devil ever pulled was convincing the world he didn’t exist’. And so it is with neoliberalism, a cult that was incubated in universities, think tanks and right wing newspapers, that came to present these radical ideas as though they were simply the revelation of the laws of nature itself.

An entirely intended consequence of the ideology of the all-powerful marketplace is to imply that politics itself is somehow an illegitimate sphere, and the only place where real decision-making should occur is the marketplace, which is of course heavily rigged in favour of the very people promoting this perspective.

From the point of view of the wealthy, a tiresome aspect of democracy is the idea that everyone’s vote counts for as much as everyone else’s. By displacing politics with ‘the market’, the rich now have far more votes than the ordinary people, and so can transmute that wealth directly into political power.

As Monbiot put it: “what the system of thought called neoliberalism does, is to shift power out of the hands of the democratic majority, and into the hands of the economic minority, replacing democracy with plutocracy”.

Political failure is, he argues, at root, a failure of imagination. At heart, we humans are creatures of narrative; when we try to make sense of the overwhelmingly complex world around us, we do so not in scientific or philosophical terms, but rather, in seeking an underlying narrative. “Those who tell the stories, rule the world”, Monbiot observed.

Intriguingly, he points out that both the Keynesian and neoliberal worldviews are essentially ‘restoration tales’. The narrative is roughly as follows: ‘the land has been thrown into disorder by powerful and nefarious forces working against the interests of humankind. But the heroes stand up to these forces and, against the odds, overthrow them, and order is once again restored in the land’.

In the Keynesian narrative, the nefarious forces were unfettered plutocrats who had plunged the world into chaos and people into poverty. The heroic forces were the state, supported by the middle and working classes, and using the instrument of taxation, brought the plutocrats to heel and order was restored.

When deep economic crisis hit in the mid-1970s, the neoliberals had regrouped and were ready to once again seize power, this time with their own restoration story’ of how the nefarious forces of the overweening state had crushed free enterprise and individual liberty. The new hero was the wealthy entrepreneur, who reined in the state and restored the freedom (and primacy) of the marketplace and placed individual free will above the notion of society or the social contract.

Monbiot notes that the restoration story is as old as human society itself. “You cannot take away someone’s story without giving them a new one”. This, he argues, is why, with the manifest failure of neoliberal ideology as evidenced in the financial collapse of 2008, no alternate narrative had been developed to give people a different vision for the future.

Even a reversion to Keynesianism is, for a variety of reasons, now impossible. Chief among these is that it too depended on the doctrine of constant economic growth to be maintained, and as we slam into multiple planetary boundaries as a direct result of over-production, over-consumption and our inability to handle the waste products of industrial civilisation, any model depending on growth is now doomed to failure.

The alternative narrative that Monbiot tentatively offered us in Belfast is that the heroes of the new story are the common people, who come together in collective action, not just political, but social, and start the process of rebuilding the social fabric of society that has been hollowed out by decades of neoliberalism.

A core human yearning is to have a sense of belonging. Fascists and populists have already been quick to exploit this with slogans and bogeymen. Monbiot yearns for the politics of belonging, which allows societies to begin to mend and recover, and rebuild their power and connectedness from the grassroots upwards.

Right now: “we are a society of altruists, governed by psychopaths”, he wryly concluded.